skip to main | skip to sidebar

So far, knock on wood, lovely peaceful summer.  Our yard is so pretty this year, flowers and trees and birds all over the place.  Bill and I haven't had a knock-down, drag-out for awhile.  A veritable eternity for us.  Our kids are in a relatively good place; things are okay.

I'm horribly busy with work and trying to keep the house and maintain relationships with friends and kids and husband.  Thank God for my Blackberry because that's my main computer these days.  I can blog and chew somebody out while waiting for the dentist!

I know this will pass, this peaceful period.  Because life turns on a dime.  The good news is that inevitable hard time will also pass.  And thank God, as I'm getting older, it passes pretty quickly.

Today is my oldest child's birthday.  He would be 39---technically speaking, I could be a great-grandmother!  He was the sweetest smartest child I've ever known.  Too good for the likes of me.  James' birthday was July 9---he'd be 37.  His friends all have families, careers, and are so kind to me.  I miss them so.

Which makes the quick passing of time a blessing---I cannot wait to see them again.
Posted by annegb at 12:19 PM 2 comments:

This Too Shall Pass

I've been fighting with people on four different fronts of my life and found that it removes the spirit.  I've felt anxiety, unease and despair.  My daughter-in-law, true to form, did something I disapprove of and once again, brought chaos into my life.  I've spent the better part of the last 8 months trying to force her to live according to my standards and it's sapped me emotionally and physically.

An old friend, who works at the bank, offended me.   Bill and I argued.  The downward spiral continued with an unexpected and vicious attack on facebook from a nephew who's been apparently nursing resentments from his mother's death.  (I don't know why my family thinks I'm the responsible person, my sister got really mad at me when my other sister's daughter died and I didn't call her first---she's not mad at our other sister or anybody else in the family, just me.)

I used to jump right in on these types of battles, but anymore, they just wear me out.  I defended myself to my nephew; disassociated myself from my daughter-in-law, first attempting to take responsibility for my part in the debacle, made an unsuccessful attempt to reconcile with my granddaughter, who got caught in the crossfire; voiced my objection in the way a bank transaction was handled, but I felt no peace.

Finally, I had a good 10 hour cry and dang, I feel a little better this morning.  But let me tell you, contention is a soul killer.  I'm not at peace, but I'm not in that dark place I was a couple of days ago.

I feel like a failure in life.  All the things that were important to me, the goals I was committed to, have turned out wrong.  I made serving others the focus of my life, but actually, I think it was about controlling others and forcing them to be what I thought they should be.  I've worked for years on this tendency in Al-Anon and have made minimal progress.

But, increasingly, I'm learning that human contact is the most disagreeable thing I do every day.  So, now I'm making Bill and his ex-wife deal with this daughter-in-law (Bill's already frustrated, but I do not care.  It's their turn).  My nephew, I just have to turn over to God.  My friend at the bank?  Well, lesson learned.  Changing accounts as soon as it's possible.

The older I get, the less sure I am of anything.  But I have learned that bad times don't last.  Nor good.  Might as well please myself in the meantime.
Posted by annegb at 7:43 AM 2 comments:

It's an absolutely beautiful day today.  We've had the coldest spring I can remember (although I remember it snowed once the end of June here in southern Utah).  But today is perfect.  Bill has planted flowers all over the place and our trees are brimming with birds--I saw a butterfly out my kitchen window yesterday!

Bill and I haven't had a screaming ugly fight in oh, months.  He gets the credit more than I because he's changed.  He doesn't yell at me much anymore.  He doesn't get that upset.  I think part of that is because we have separate checkbooks and I pay for my own excesses.  So we don't fight about money.  I've just noticed that when I ask him for money (boy that took a long time, I wasn't going to take anything from him at first!) he just gives it to me.

Our grandson, Maxwell, is here to help Grandpa plant the garden and they're going fishing this afternoon.  Bill is a much better grandfather than he was a father.  When we first married, he was obsessed with his hobbies and disinterested in the kids to a large extent.  Except to yell at them and make them clean up their spilled milk.  I think, too, he was exhausted, coming from the divorce a few years earlier and having to be a Mr. Mom.  Wouldn't all the single moms in the world have loved a wife like I was at first, adoring, waited on him, trying to please him with my every move?

I'm wondering now if a lot of what we've gone through the last 5 years, aside from my former best friend's son's conviction for sexual molestion and the devastation that caused, has been the result of an empty nest and my horrible perimenopause.  You know, doctors threw lamictal, lithium, and abilify at me like M&M's and diagnosed me with a lot of major psychotic illnesses.  Which the trip to that clinic in California ruled out.

Girls, before you check yourself into the psych unit, consider estrogen, the wonder drug.

I worked last night and work again today, so I'm taking it slow and easy with Bill (off today) bustling circles around me.
Posted by annegb at 9:50 AM No comments:

I haven't been up this late on my computer since I started working customer care for ATT.  That's a year and a half ago.  I don't even know what possessed me.  I think it's because my fellow bloggers at Mormon Mentality have started doing some interesting stuff.  And I'm feeling better.  Vitamin D & estrogen, the wonder drug.

Something somebody wrote at BCC referring to Banner of Heaven has made me wonder about blogging.  They depended on that blog for moral support through a tough time.  I pretty much stopped blogging when I left Bill.  I didn't have it in me.

I'm not wondering if blogging is a tool of the devil, it's made me ponder about the good blogging can do for people.  Tracy's honesty regarding her divorce has given me immense moral support---just that I'm a "normal" person.  Others as well.

So I've gone downhill again, weak, achy, etc.  Same old, same old.  This time I went to my dr. and insisted he test me for everything possible.  I want to have some kind of numbers to balance against when I'm REALLY sick and times when I feel pretty good.  Plus I thought I had MS, which it turns out I don't.  But I do have a severe vitamin D deficiency.  I've been studying up on it and it looks like a lot of people are deficient, especially in the winter, and it can cause a lot of things.  Like the symptoms I'm having.  So I'm gulping down the pills and today I don't feel so much pain.  I guess I'm giving up cheetios, 7up & milky ways bars as my primary source of nutrition.
Posted by annegb at 8:28 AM 3 comments:

I used to love American Idol, but the last two seasons the candidates have been so mediocre.  This season, the only one I feel good about is Crystal Bowersox.  Which, she does make the show worth watching.

Dancing With The Stars is interesting this time around.  Pam Anderson is a pretty good dang dancer!  But you know, Kate Gosselin, she just totally sucks.  She sucks so bad that I tried to vote for her last week out of pity (forgot I don't have ATT).  This week she sucked even worse and I think she deserves to be slapped really hard.  She has no rhythm, no sense of humor, gag a maggot.  She said she wanted to stay on the show till she learned what she needed to learn and I want to say, "honey, you need to learn to dance!"

Buzz Aldrin, well, that's just sad.  I did wonder how he and his wife got all the money to afford all that really awful plastic surgery.  No aging with grace there.
Posted by annegb at 11:29 AM 5 comments:

Boy, it's a blizzard out here.  I might have to have Bill pick me up from work--don't know if I want to risk driving home at midnight in this weather in my car.

I have four extra minutes today.  I work and sleep.  In my "spare" time, I try to keep up with the laundry and eat.  Life is going way too fast.

I've decided to treat Bill as if he has dementia, which I think he has.  I'm reminding myself to be very patient with him and treat him like a little old man.  It seems to be effective.  :)
Posted by annegb at 10:26 AM 2 comments: 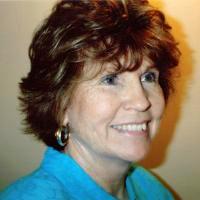